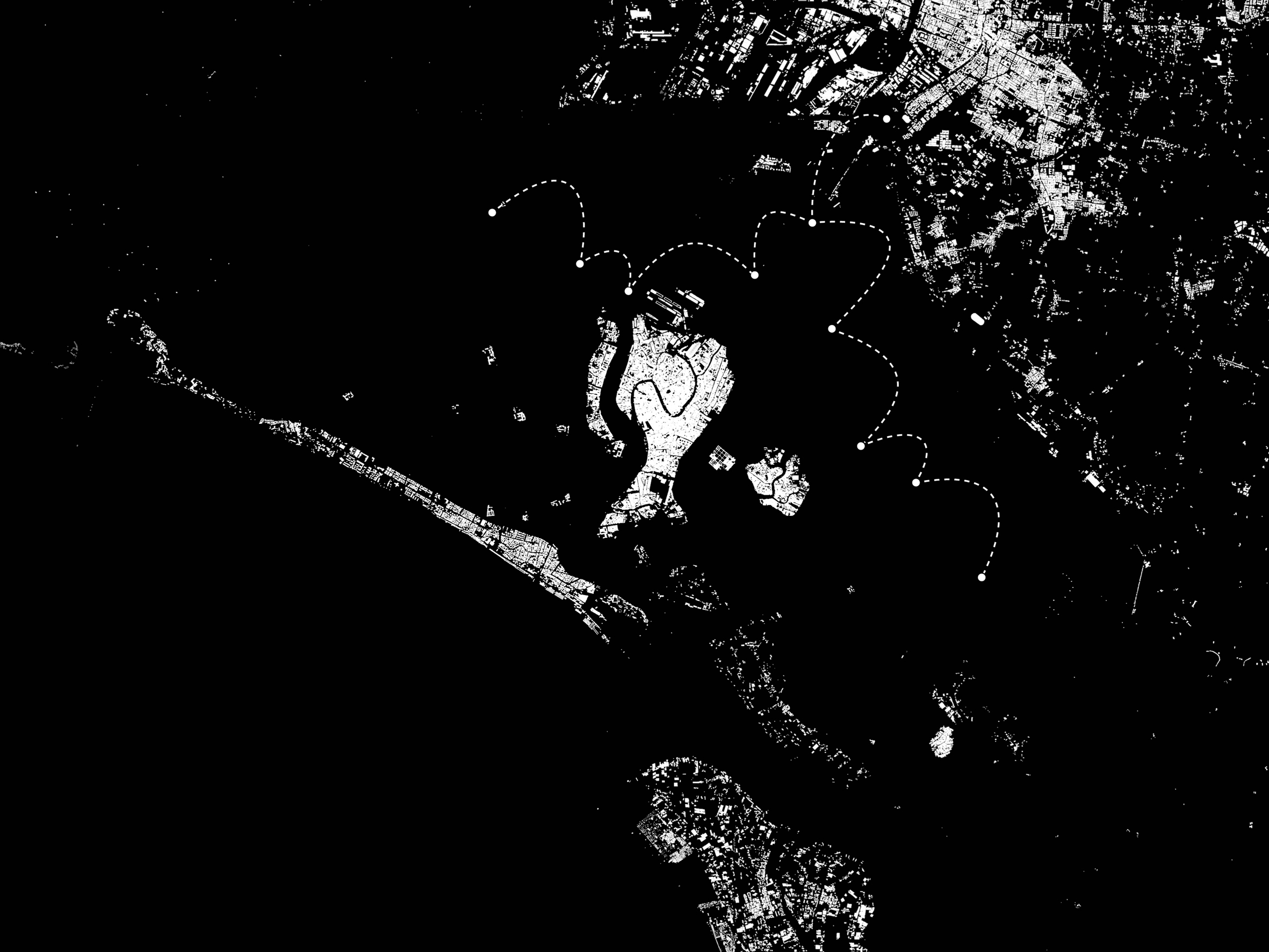 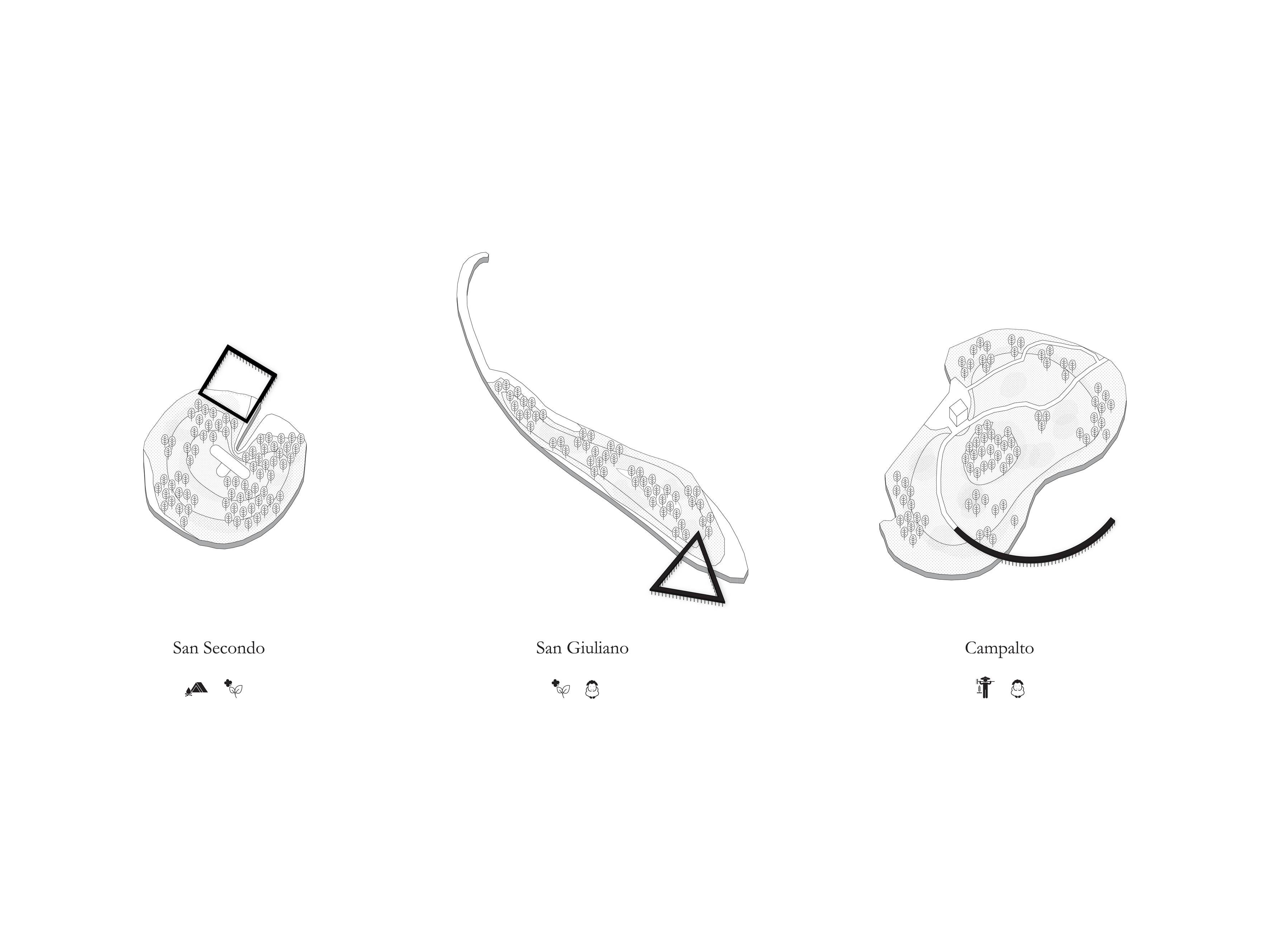 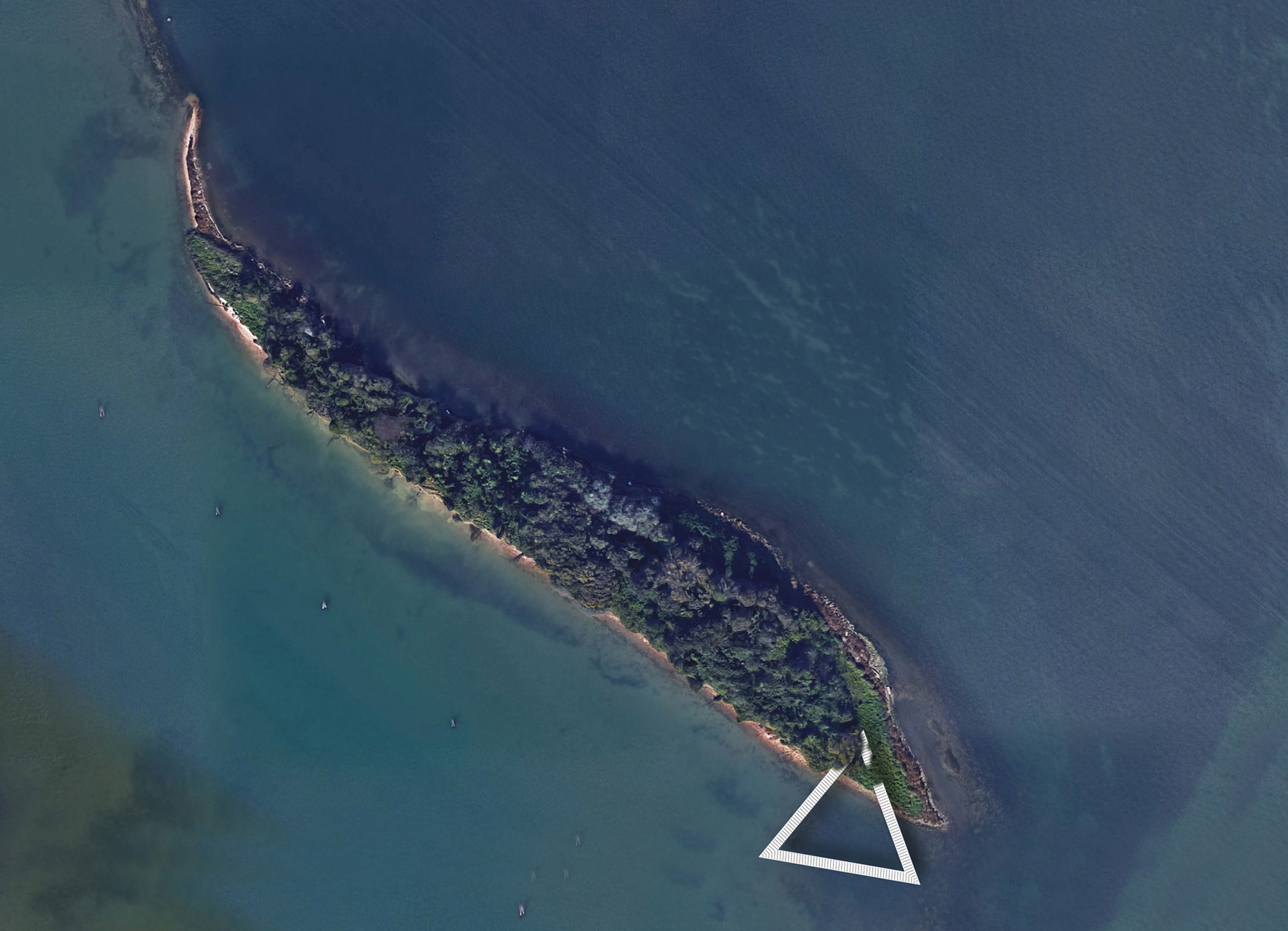 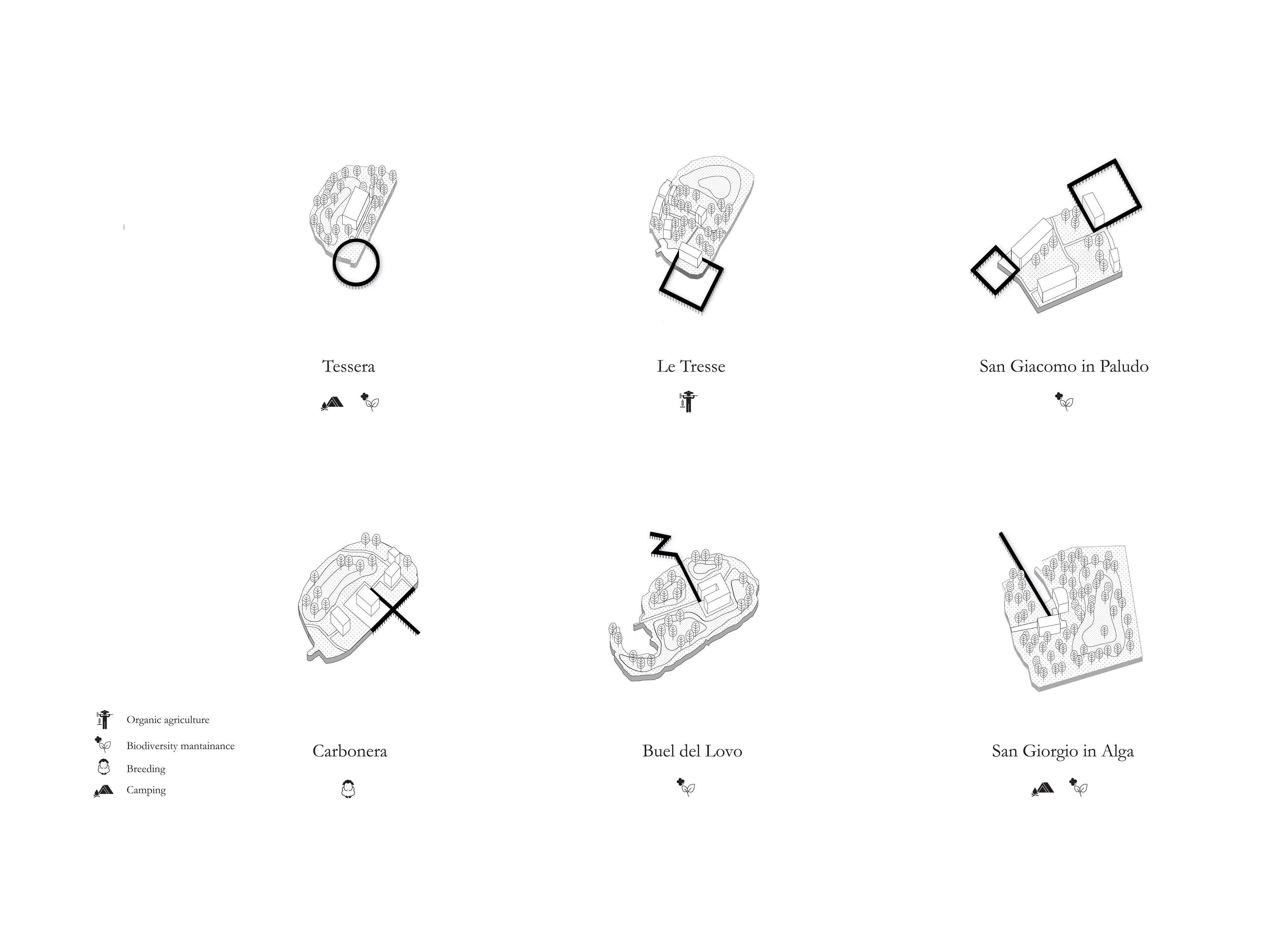 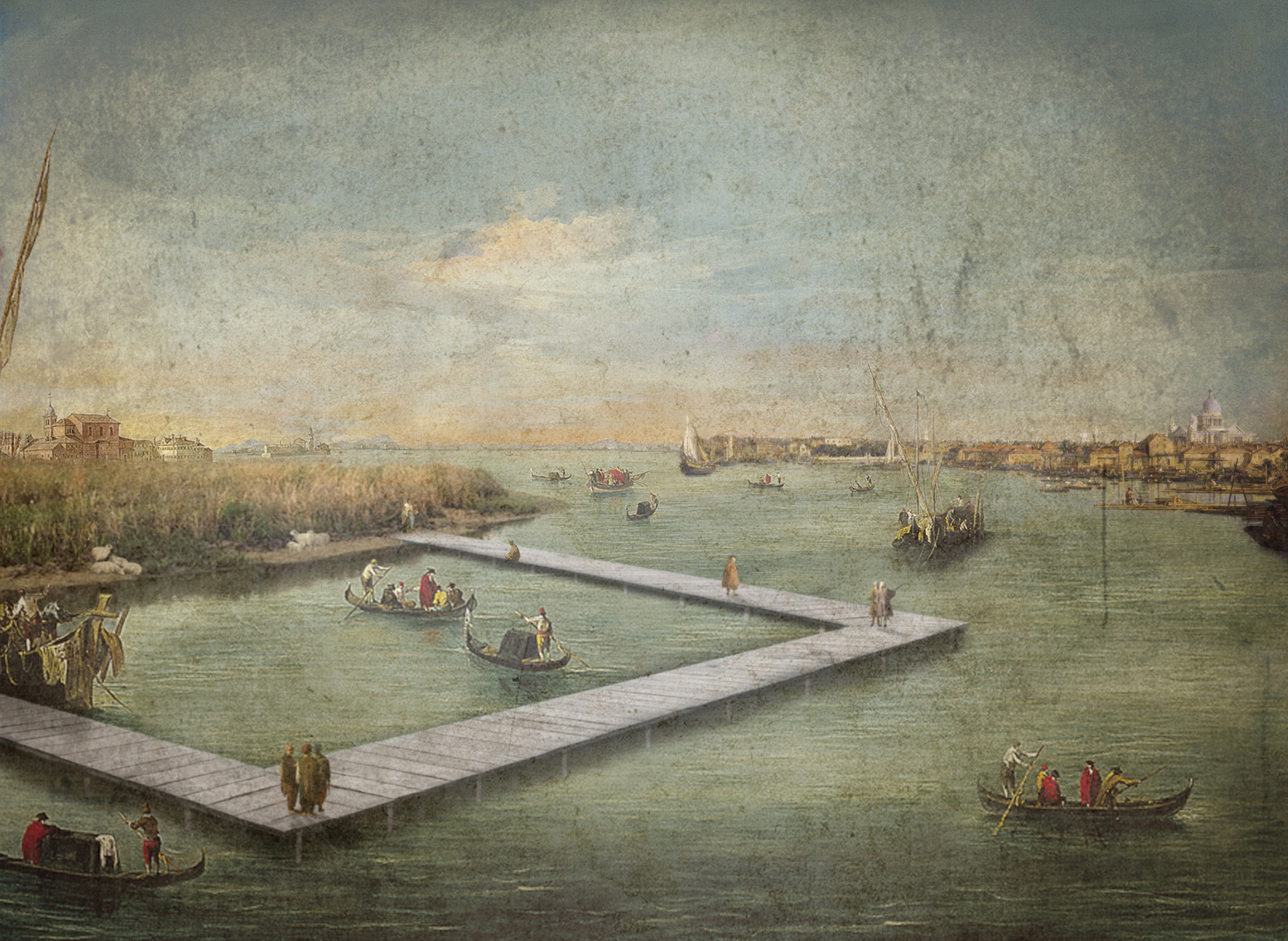 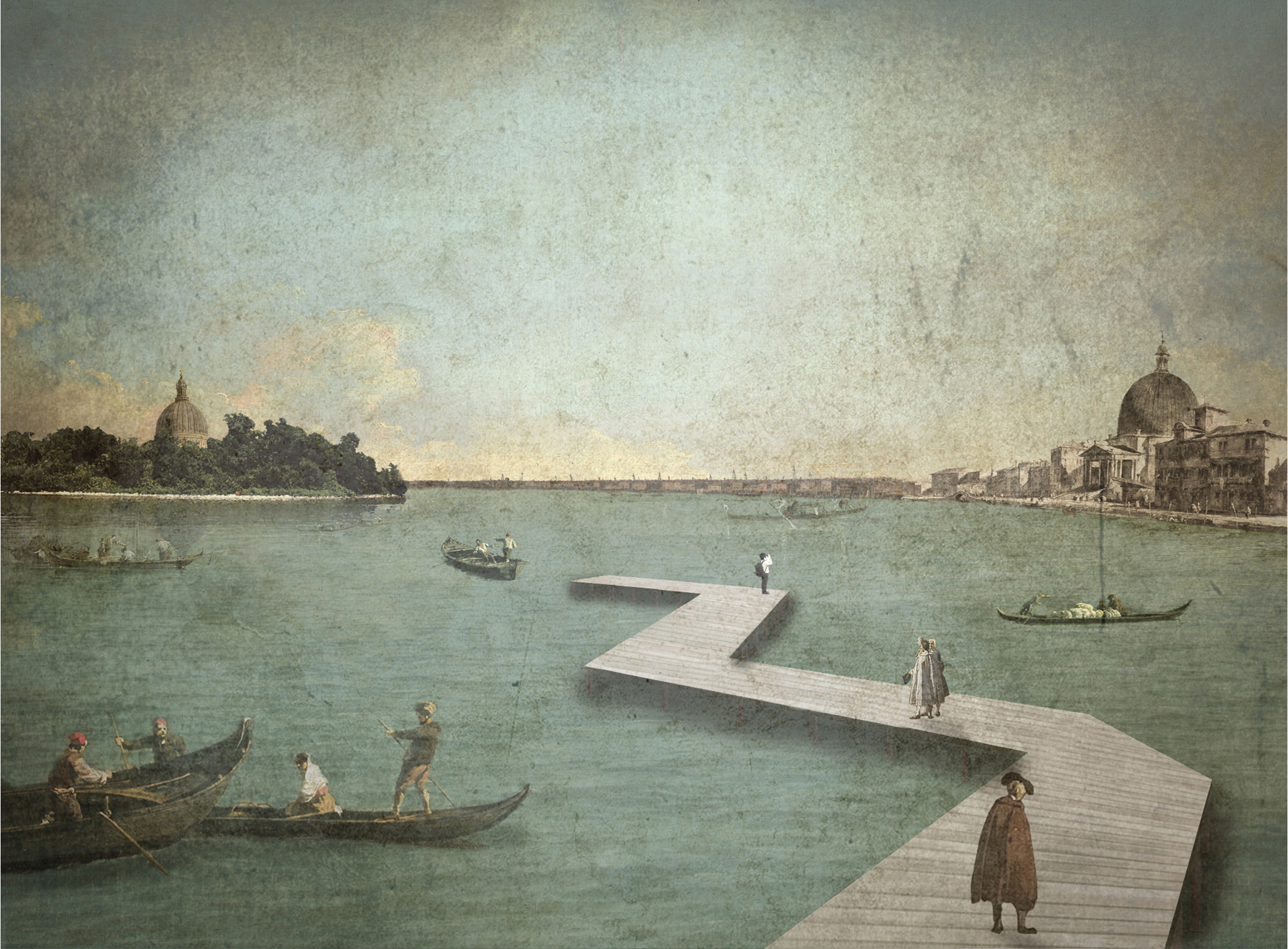 The islands of the Venice lagoon have been abandoned for a long time. The city of Venice absorbs and concentrates tourist flows and economic resources whereas the islands and borderlands are today little known and poorly connected. The “Lagoon Park” institution has recently been abolished by the City of Venice. The islands are being sold to private enterprises and people are progressively losing an inestimable patrimony made of military forts, monasteries, ancient remains.
The project starts from the belief that the landscape is not only an environmental resource but also that it can become an economic resource, a resource to be cultivated. The strategy adopted involves a minimal project of lagoon exploration, characterized by minimal interventions and costs and bringing economic, environmental and social benefits in the long term.

MINIMAL DESIGN
The project on the lagoon and the islands is meant to be minimal, simple, flexible, and to be followed by a program of small targeted interventions. The project envisions four phases: 1. the knowledge project; 2. the construction of elementary piers; 3. the project of connections; 4. the establishment of temporary activities in the islands.