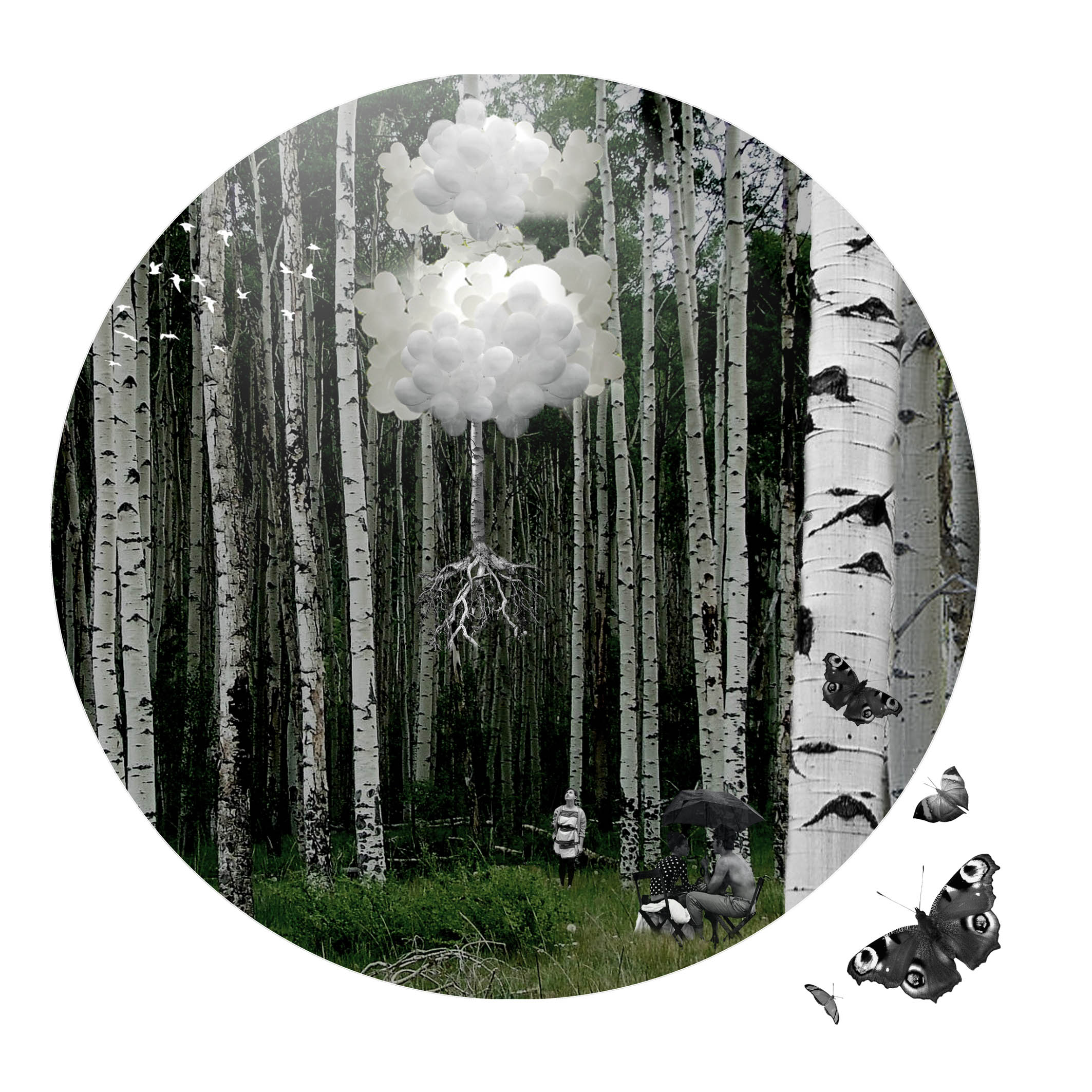 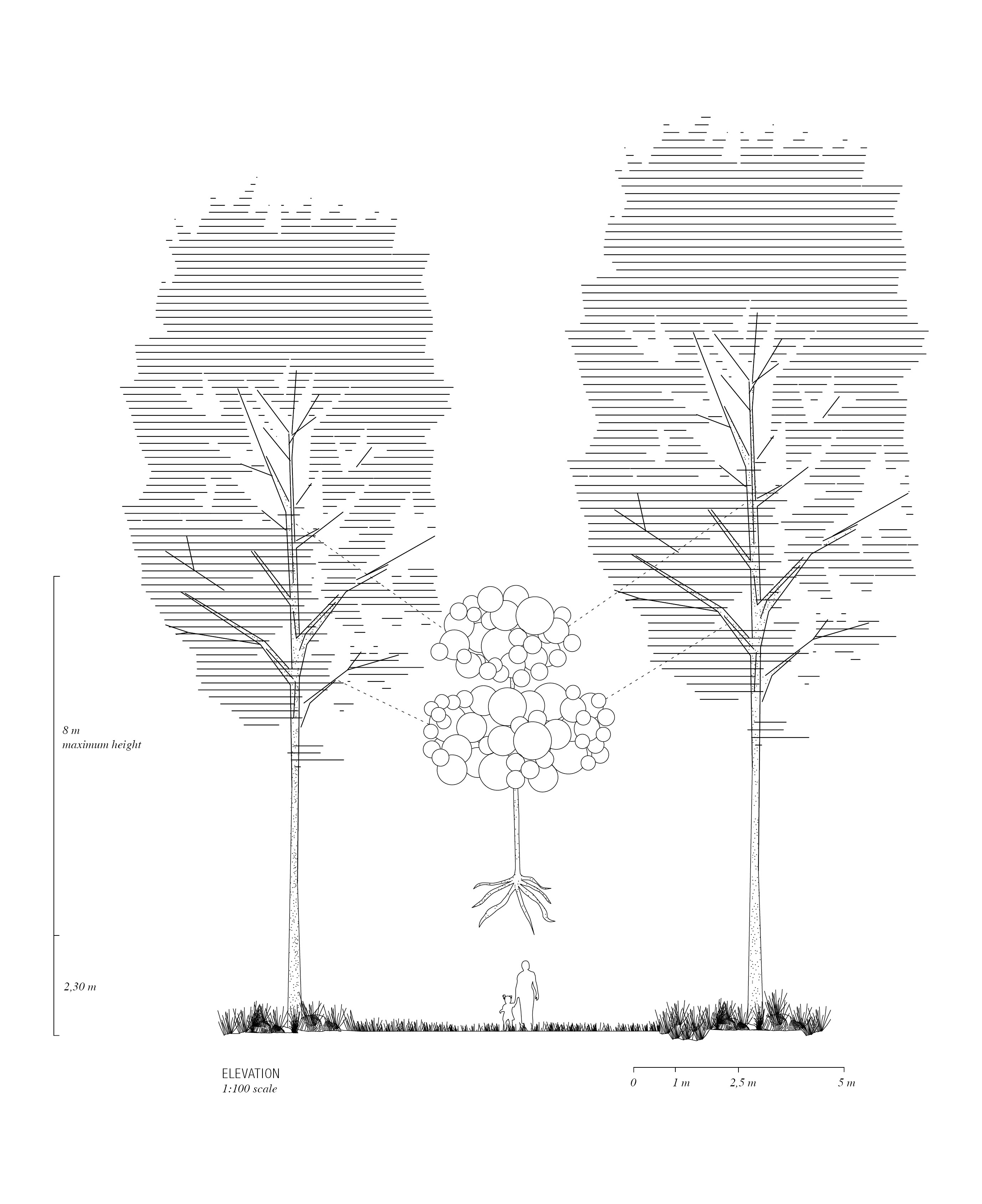 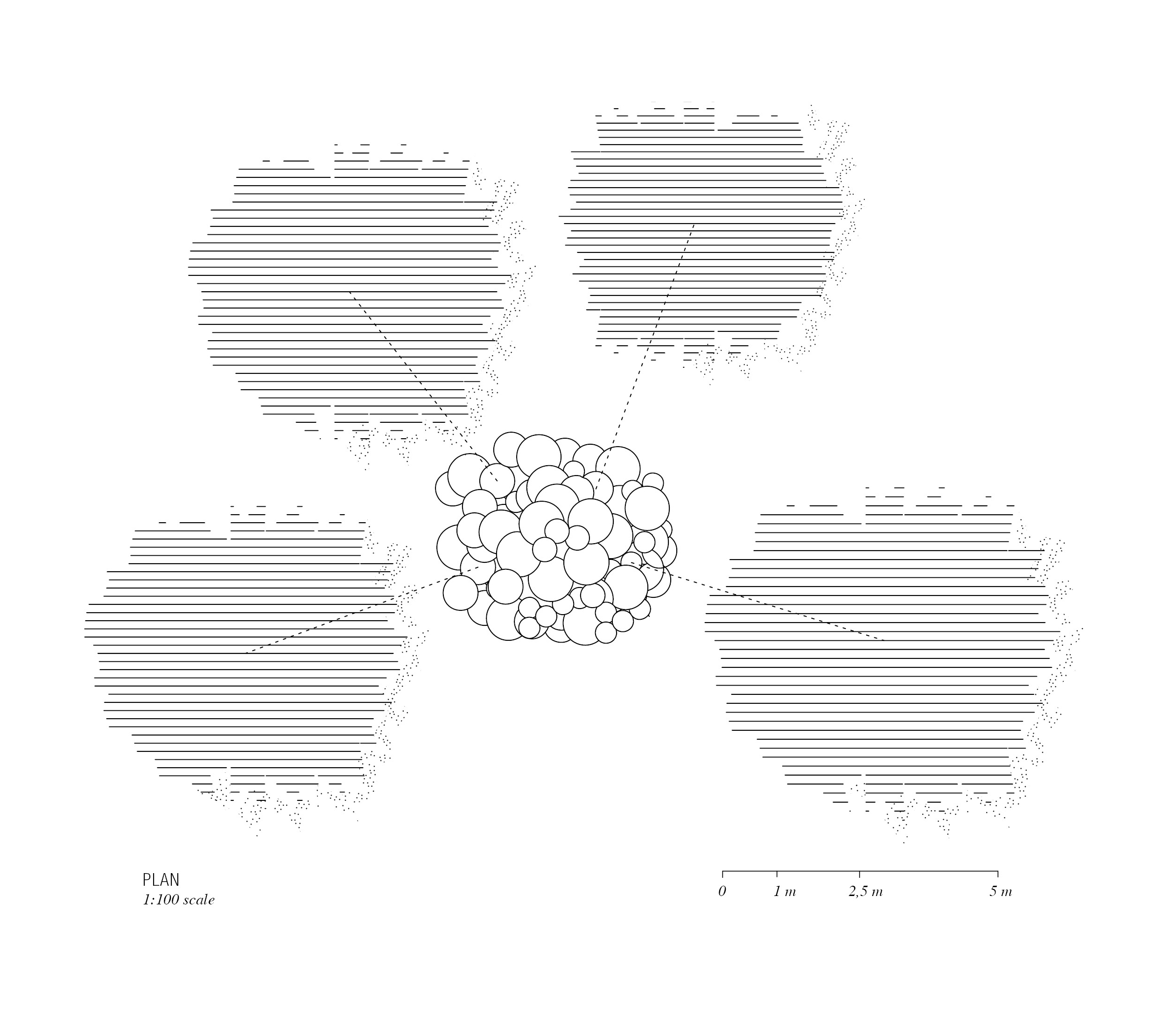 The effects of climate change on tree species are already occurring. Over the next several decades, extreme events, temperature and precipitation changes will more and more affect plant and tree species. According to several studies, plants species are shifting their ranges in altitude and latitude as a response to changing regional climates. Climate change will create changes in microclimates, disturbances (e.g., insects, disease, drought, extreme storms), and abundance of invasive species, all of which could lead to increased tree mortality and changes in competitive interrelationships. Although tree species and genotypes will be able to acclimatize, adapt, and migrate, in many cases the rate and magnitude of future climate change may significantly exceed the ability of tree species to naturally adjust.

Garden | The proposed garden intends to involve people on climate change and forests issue. We imagine a suspended tree in the forest which is flying away. Biodegradable balloons of different sizes will suspend a dead tree. The suspended tree will ideally remind migrating tree species. White balloons will remind instead the idea of clouds, recreating a sort of Garden of Eden for tree species.

Plant list | Canadian forests are experiencing the effects of climate change. In Canada drought is causing the decline of aspen trees (the southern boreal forest of Alberta and Saskatchewan), and warmer winters have contributed to a mountain pine insect epidemic that is killing significant pine volume in British Columbia. For these reasons, trembling aspen forest is preferred for the garden installation but also mature confers forests are appropriate for addressing the theme of changing climate.

Material list | Biodegradable white plastic balloons of different sizes. Dead tree and roots found in the nearby of the exhibition area. Steel cables for hanging the installation.